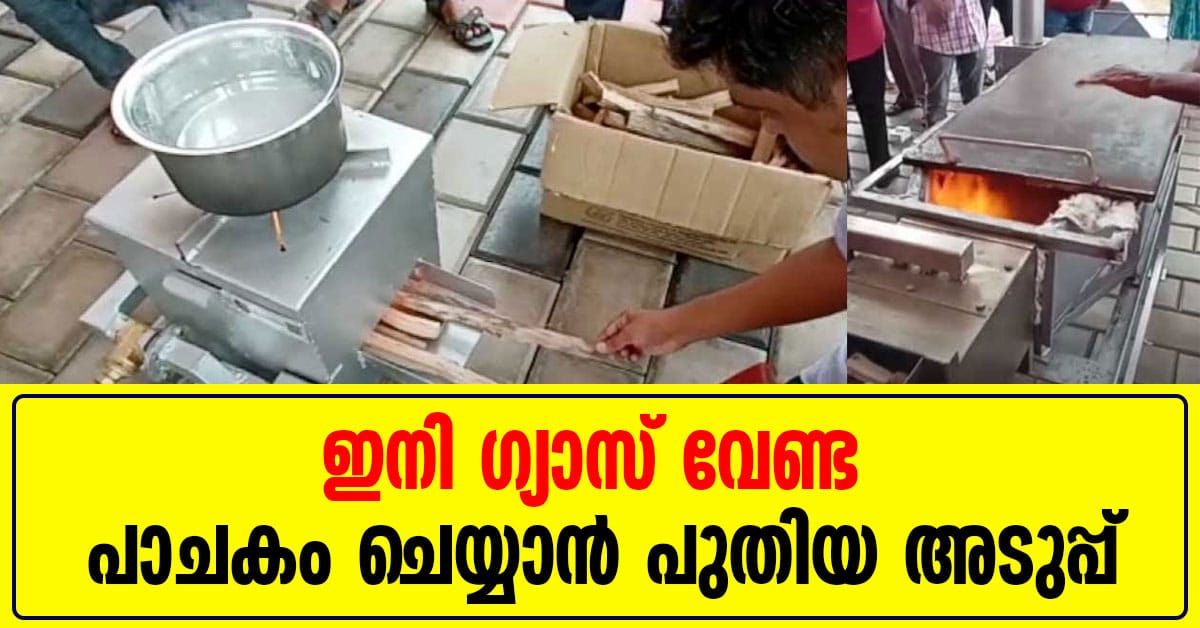 Agnimitra Stove: The rising price of cooking gas is causing a huge setback to the common man. Also, avoiding cooking gas in your home is not an easy task. This was the time when most homes had firewood. But today no one has time to cook using wood. And since most households have people who have to go to work and study, the only way is to rely on gas cylinders to cook in less time. ‘ Agnimitra ‘is a solution to the problem of LPG gas cylinders not only in homes but also in hotels. Learn more about Agnimitra and its usage.

Agnimitra is one that can be used as a relief to the LPG cylinder price. Agnimitra, which can be used in the form of firewood, has been released from Kannur. They can be used in the same way in homes and hotels. This type of stove is five times more efficient than conventional gas cylinders.

Agnimitra receives up to 41% more heat than the 5% heat received when normal fatigue burns. One such product was discovered at the Government College of Engineering Kannur. The stove comes in three variants priced from Rs 8000 to Rs 50,000. When using electric stoves, they use more electricity. If time is used by Agnimitra they are less likely to use current.

The big problem is how much congestion there is on top of the wood, which is usually designed in this way. You can see exactly how much wood is needed here.

Newly built Agnimtra stoves use as many candles as they need to charge a mobile battery. However, in the newer firebox stoves, the battery can be used to operate without the use of electricity. Only two or three pieces of wood will suffice for a good count.

LPG is typically consumed at a rate of 700 grams per hour. Agnimithra stoves are designed to operate at such high power. It remains to be seen whether Agnimitra will be able to curb the rising price of LPG gas cylinders.