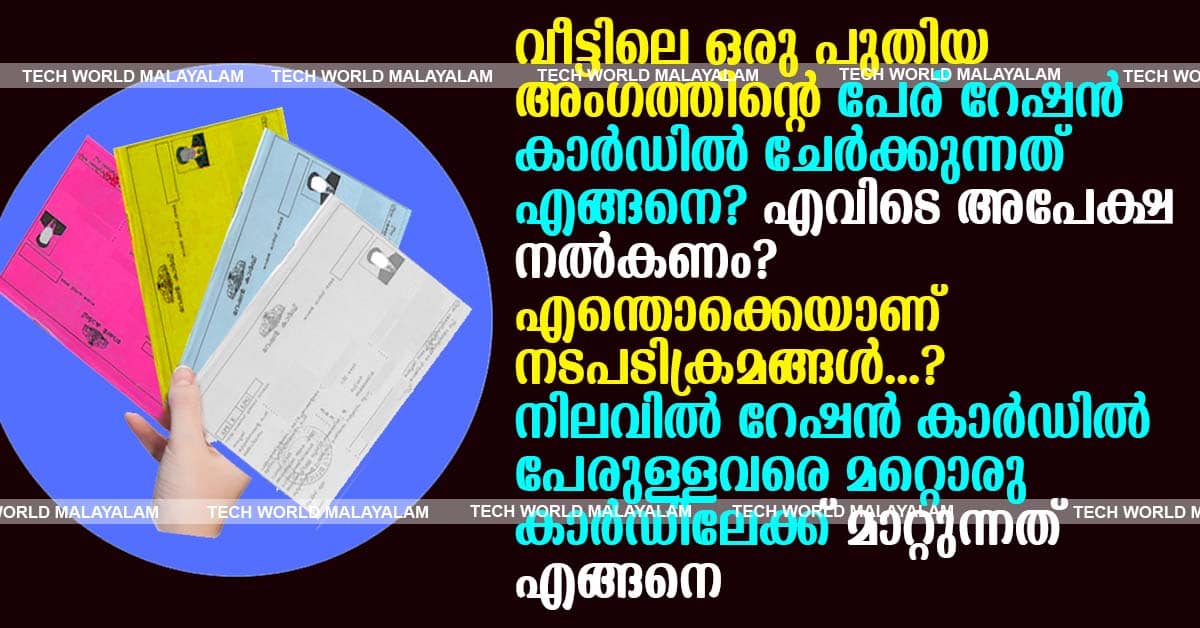 Ration cards are becoming as important as any other document. With the enactment of the One Country One Ration Card Act, eligible persons can purchase rations from anywhere in the country. In addition, with the introduction of smart ration cards, ration cards will undergo a number of changes. Here are some things to look for when add a new family member in ration card.

How to add a new member in ration card?

In order to include a person coming into the family after marriage, the name should be included in the ration card after the name has been removed from the existing ration card in order to be included in the ration card due to marriage relocation. In order to remove the name from the old card, you have to sign a consent form from the card holder. It must be purchased in such a way as to consent to the reduction of the name. If it is two taluks, a separate application has to be submitted along with it. People from different taluks will have to submit an application in which the old card number and name, serial numbe,r are written correctly. The signature of the applicant along with the consent form should be given along with the Aadhaar card or ID proof application.

By doing so, the ration can be obtained in the name of those included in the new card.