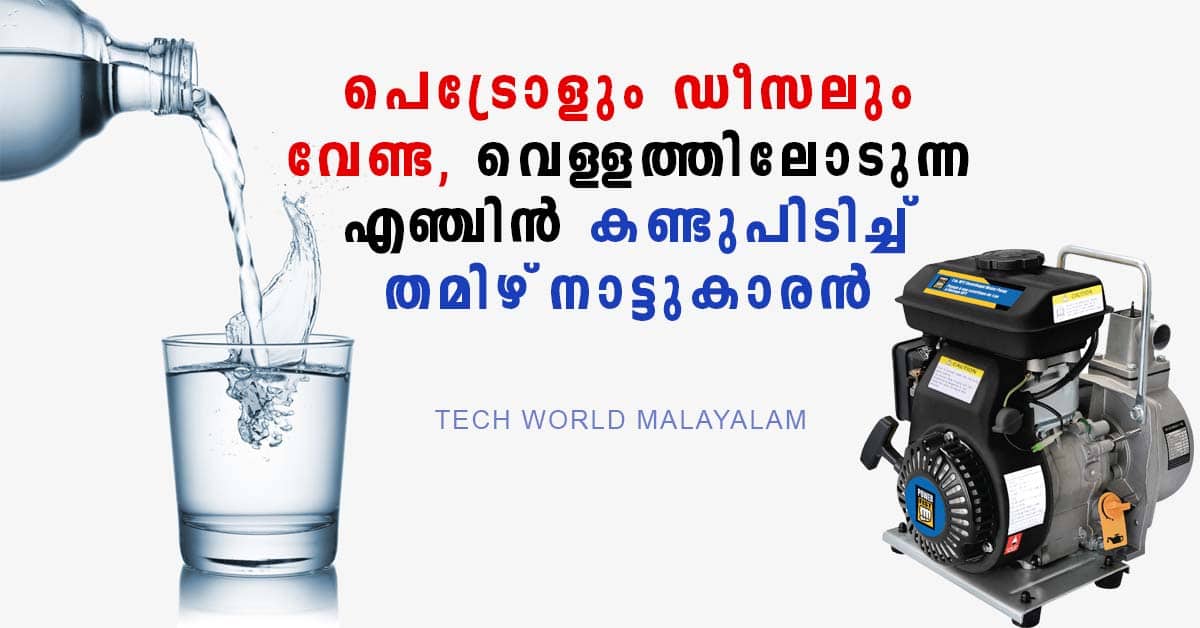 The Tamil Nadu manufactures the automobile engine running in fresh water. A new mechanical engineer from Coimbatore, South India, soundhirajan Tamil Nadu  realized the idea of ​​an alternative to the petrol and diesel engines.

No need for petrol or diesel, but Tamil Nadu is finding the water engine The engine is decompressing the hydrogen element in water. Oxygen is excreted when hydrogen fuel is used by the engine. soundhirajan says this is the world’s first such engine. He also developed a water powered engine with a decade of hard work.

No need for petrol or diesel, but Tamil Nadu is finding the water engine The company currently has a 100 cc capacity engine. The engine has successfully completed all the experiments. soundhirajan argued that the engine could reach a distance of 200 km if ten liters of fresh water. Experiments with rain water were engineered without any hindrance.

No need for petrol or diesel, but Tamil Nadu is finding the water engine
Saundaraja claims that his engine is practicable from trucks to trucks. He was soon ready to fly into Japan with new discoveries. The water logging unit will be officially produced by the soundhirajan in Japan.