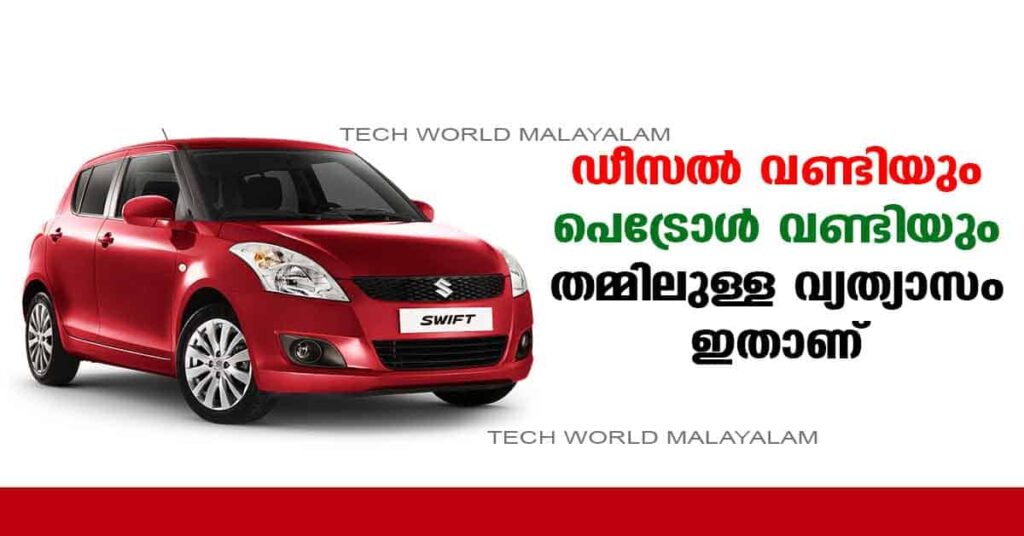 The difference between diesel and a petrol car is this , Which is  profit . Diesel engine cars deliver better fuel efficiency and command a better price in the resale market. Petrol cars are responsive, powerful and peppier in comparison to diesel version.

Indians in general love diesel cars. Most people who own hatchbacks, sedans and SUV, tend to buy diesel cars. Diesel is the main driver of diesel fuel because of the fuel price difference and the high price of petrol.Diesel cars are said to be profitable for those who run up to 1,500 km a month. While the price of diesel is not expected to increase immediately, there is much scope for a reduction in the price gap between the two fuels over time. Do you want a more expensive diesel or a petrol car? If you cannot make a decision yet, below are some figures. The rest you can decide …

On average, the life expectancy of a car is 5 years, which is about Rs 11,000 a year. That means the profit in five years will be Rs 55,000. (This is not to mention the cost of maintenance and other costs of the vehicle. Diesel cars are more expensive than petrol cars.) That means that we are looking at a temporary profit of Rs 1.5 lakh and not making a profit in the long term. Not only that.

There are fewer car buyers paying Ready Cash now. If you look at it, you might be thinking that the Rs. 1.5 lakh is out of hand. This means that when you buy diesel cars that cost you between Rs 1 lakh to Rs 2 lakh, the EAI will pay you more than Rs 2,500 a month. In the current scenario, diesel cars are paying an average profit of Rs. 1000 per month on fuel costs.

It takes eight years for a buyer to buy a diesel cart on a temporary basis and get a return on investment of more than 100%! So what’s the profit? This is not to say that the diesel model is not profitable. Diesel cars are certainly profitable for those who use more than 2000 km per month. Diesel is cheaper than a petrol car.

Diesel engines are generally expensive. But it is estimated that costs will rise again as this changes to the BS-6 standard. BS-6 engines have been made mandatory for Indian vehicles due to the low emissions of pollution due to high levels of air pollution.

Developing a new diesel engine is one of the most expensive. Maruti Suzuki India (MSI) has hinted that it will increase its production costs by offering it in vehicles. The difference between the petrol and diesel cars of Maruti was between Rs 80,000 and Rs 1.5 lakh.However, it is expected that soon, besides petrol and diesel fuels, vehicles in countries including India will be shifting to CNG and electric engines. To this end, most automakers in India have already started testing electric vehicles.

How to Choose a Camera | best camera for beginners in 2020

How to Reduce High Beam Glare When Driving at Night?