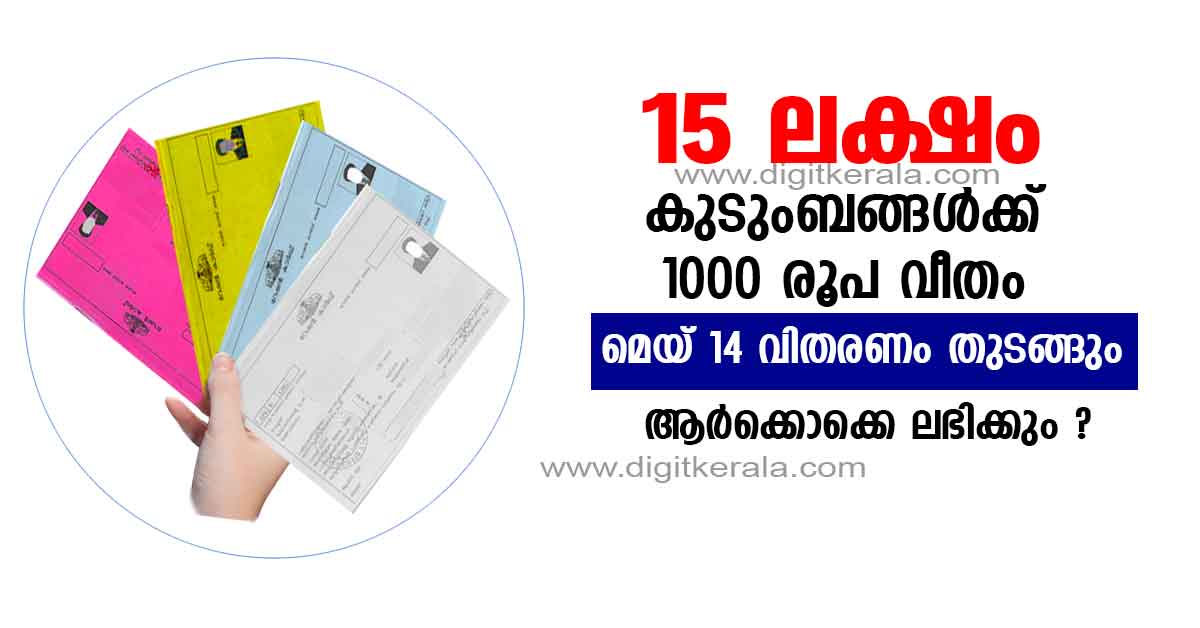 The state government has decided to distribute Rs 1000 each to all BPL families who have not received a social security pension or Rs 1,000 given to active members of the welfare fund. The money will be distributed starting May 14. The government has sanctioned Rs 148 crore for this purpose. This was revealed in a Facebook post by Finance Minister TM Thomas Isaac.

All card holders who received welfare pensions were included in the Aadhaar number and excluded. After that, the AADHAR of the people who got the money of Rs 1000 was avoided. However, the Aadhaar number of 4-5 lakh people is not available. So the list of 14.8 lakh people currently on the list may be a little unfair. It is not too late to seek them out. Distribution will start from May 14th.

The nearest co-operatives in everybody’s homes are bringing the money home from the bank. Arrangements are underway for this. However, the remittance number and the Aadhaar number and bank account number should be provided in the prescribed form. You must also give permission to use it for future financial assistance. You must also sign that no pension or assistance of Rs.1000 has been received at home. The money distribution will be completed by next week.