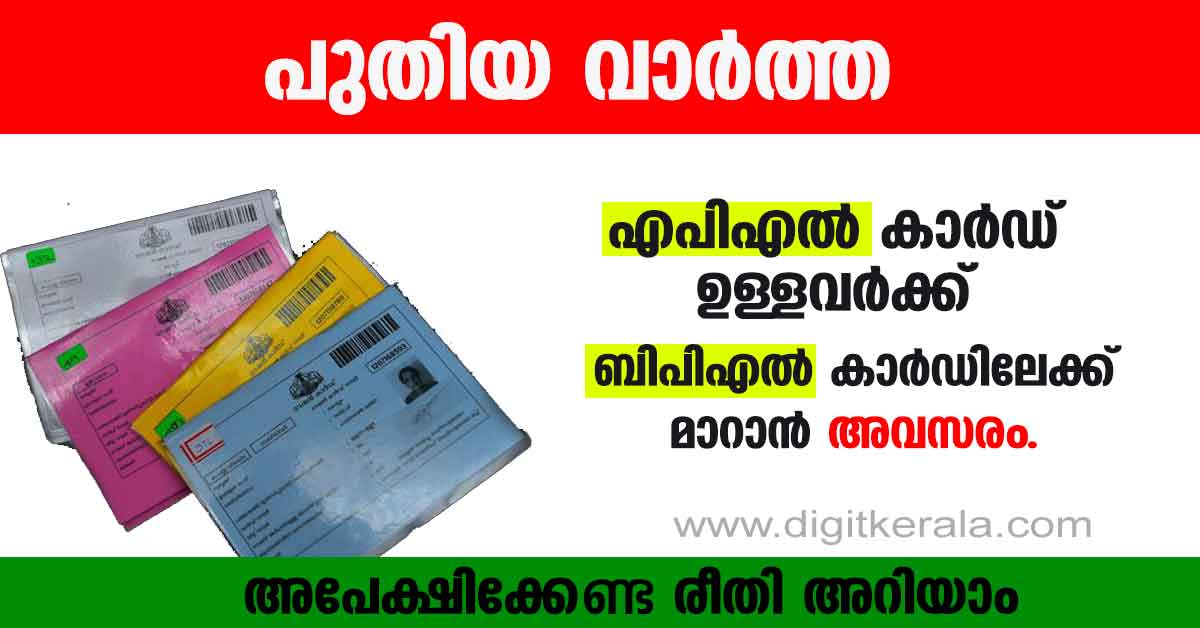 How To Change APL To BPL Ration Card in Kerala : This is a very useful knowledge for APL card holders. It is time to convert your APL card to BPL card. This is the latest news. APL card holders have been dropped from the BPL list for a number of reasons. So if you can do these then of course it is possible to switch from APL card list to BPL card.