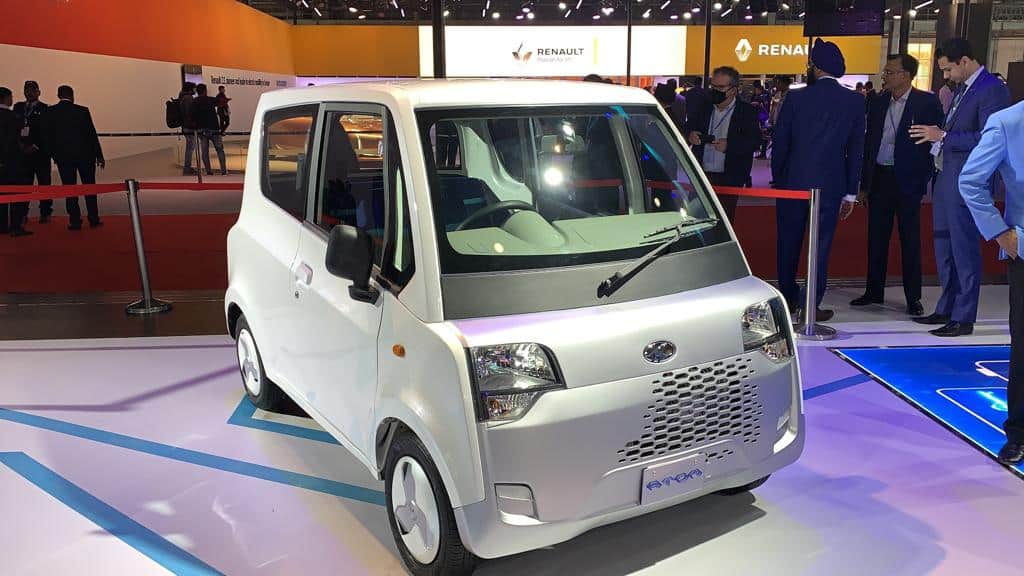 Mahindra is launching an electric car at cheaper price of rupees three lakh, namely Atom. This will be the first electric vehicle to enter in this segment. Although it is a four wheeler, it is not launched in the car segment of Mahindra. In spite Mahindra is launching this vehicle in Quadricycle segment.

Quadricycle is a new vehicle segment in India. There are some regulations regarding the weight, speed engine power of this segment of vehicle. Earlier Bajaj Qute of Bajaj was launched in this category. Single Cylinder engine with 217 cc were used in this car. 13 bhp strength and 19 nm torque were use in this car.

The Bajaj Qute was lauched in petrol and in CNG, and which has a mileage of 35 kmph per litre. Mahindra Atom is an electric category in this segment. it will be smaller than car and bigger than autorickshaws. The vehicle will be a competent for 3 wheeler in the market.

The Atom can attain a speed of 50 to 60 km per hour and will complete the charging of battery with four hours. But the car only travels 70 kilometers with the full charge. The same will be the main drawback of this car.