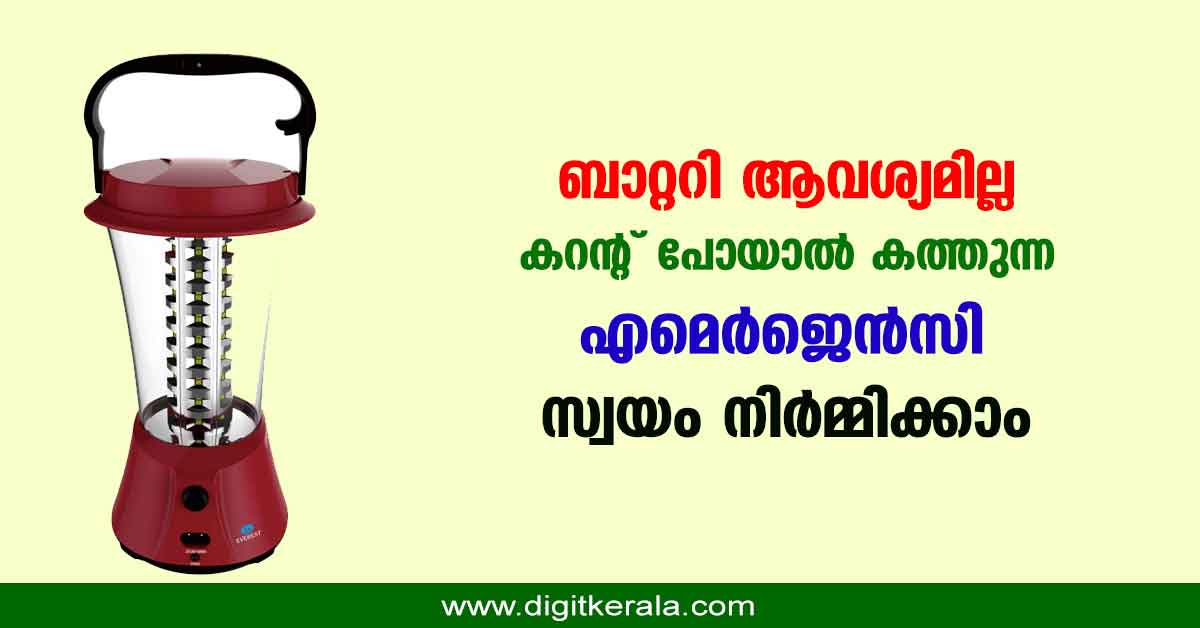 Is it possible to make an Emergency light with out any Battery? Normally all the electronic devices are working either on Battery backup or any sort of electrical power is required. But today we are introducing you another way of power source in this Emergency Light.

For  this Emergency, we are going to charge a capacitor with power and then this capacitor acts as a power source to the circuit we have made. The materials required for this is listed below

The BC transistor is used for the automatic light switching if the power outage. After widening the legs of the transistor and solder the mid leg with the lined part of the bridge rectifier and the last pin over the non-lined side of the same diod. Then the LED is to be fitted. The large leg is positive and the small leg is negative. Then solder its positive with the positive of the capacitor. Now connect the negative leg of the LED to the 4.7K Resistor. Then take a piece of wire and solder the rest to make a connection to the bridge rectifier. Now take an adapter case and solder it to the back of the supply wire and the rest. Then fold it inside the the case so that it does not touch on the legs of the capacitor. Then make some plastic sheet over it so that it does not touch other parts of the circuit. This lead to the completion of the making of the device.