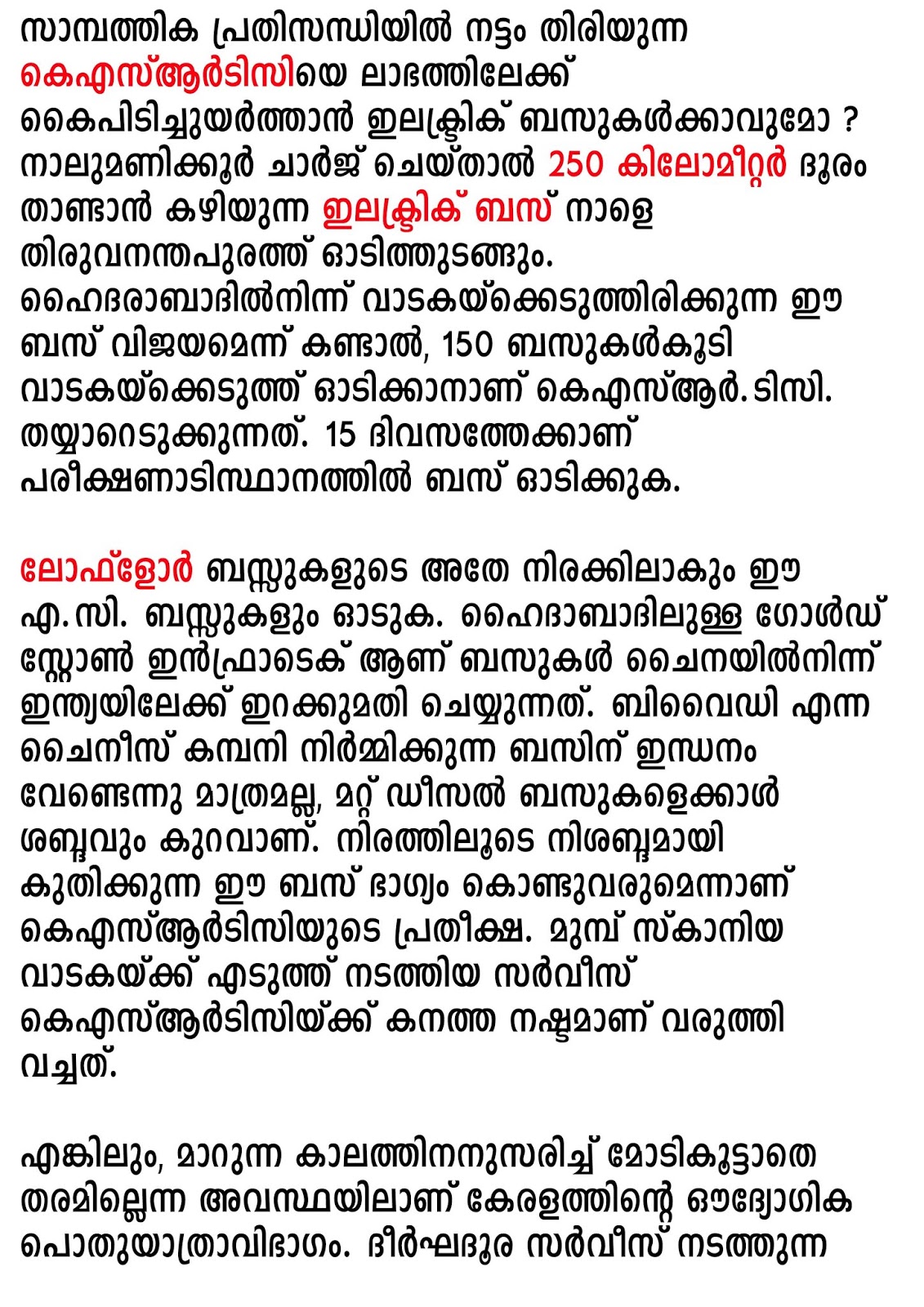 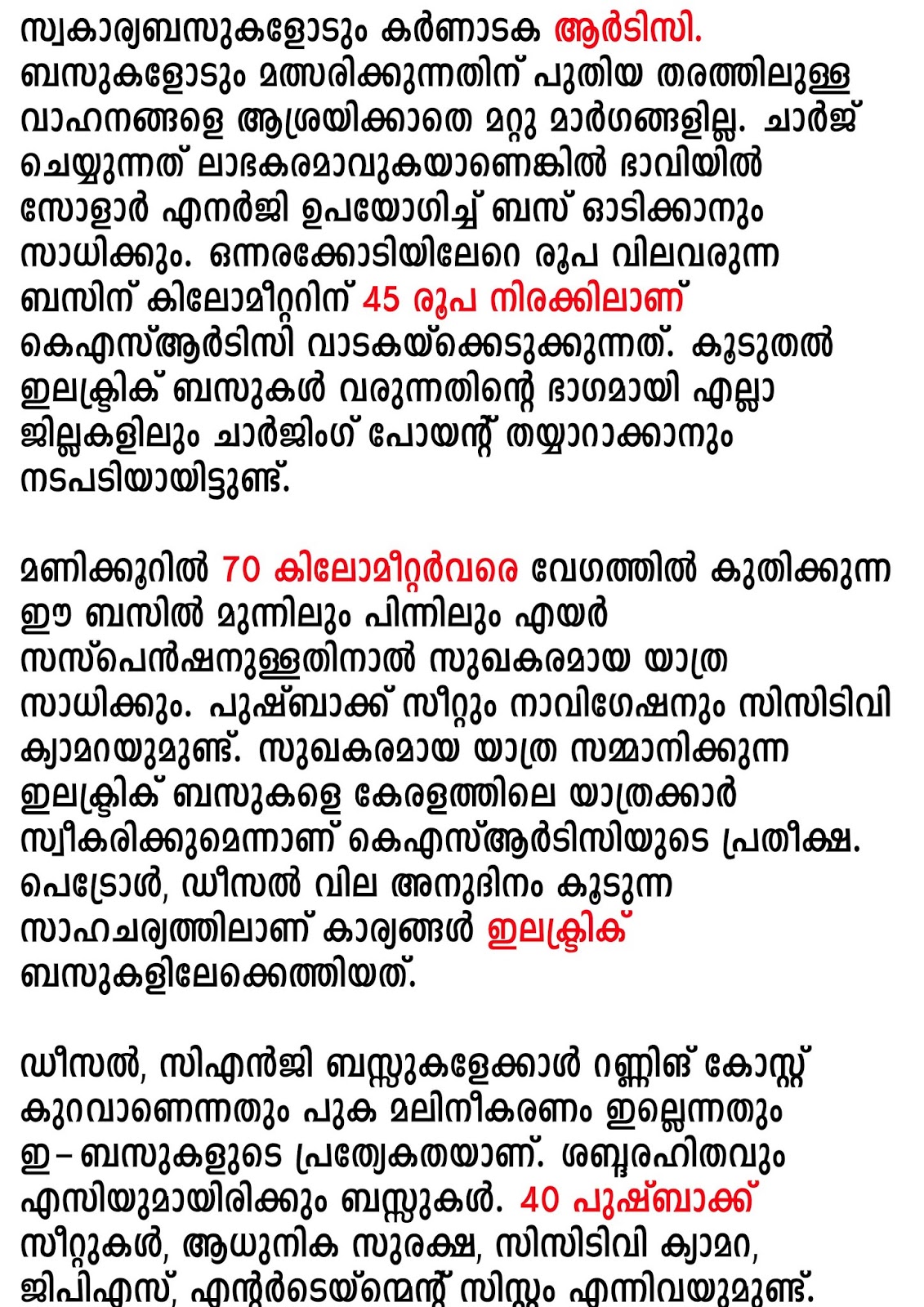 Electricity bus will be running 18th June through the kerala State Road Transport Corporation (KSRTC) bus. The trial is being held for eight days. The trial will be held in Ernakulam district on July 7 and seven days.These services will run across a wide range of areas including high ranges and local conditions during trial trials. The KSRTC would use Gold Stones Infrastructure Limited buses running electric buses in Karnataka, Andhra Pradesh, Telangana, Himachal Pradesh and Maharashtra.Low floor air condition buses with 40 lower seating buses operate at regular times. On the local road, their performance and execution will be decided. KSRTC’s chairman and managing director Tomin J. KSRTC said the KSRTC would be able to reduce the number of diesel buses and go for electric buses. Thachankary said.

For hours charging the electric bus that can 250 km distance will run in Thiruvananthapuram. If the bus hired from Hyderabad is a success, the KSRTC has to run for 150 buses Preparing. For 15 days, pass the bus on a trial

The bevy buses can run between 350 to 475 km per lithium iron battery. The power consumption of one kilometer is 1.5 to 1.8 kWh. 17 decibels are more on diesel buses than diesel buses. Air Suspension, Anti Lock Braking System Disk Breaks For Speed ​​Ride Comfort, Specially Retired, Senior Citizens For Pregnant, CCTV Cameras, and Grinding For GPS Tracking.

Charged ‘Up :
The electric bus will be presented on a test basis for 15 days.
Now only one bus in the city will work. The ticket rate is similar to low-floor buses
Service will be expanded with more than 300 electric buses

The e-buses are also said to be no less polluting than the diesel and CNG buses. Buses will be noise and Essi. There are 40 pushback seats, modern security, CCTV camera, GPS and entertainment system. The Trolley is run by Goldstone Infratech Limited, a company rated by the agency agency AGRT. These are the electric bus operators operating in Karnataka, Andhra Pradesh, Himachal Pradesh, Maharashtra and Telangana. Three hundred electric buses can be implemented if successful trials are successful. The diesel buses will gradually decrease, according to CMD.

The KSRTC provides the lease, power and conductor of the bus, including the maintenance and operation of the bus. Pune Central Institute of Road Transport (CBSE) will be set up to prepare a project and tender for the project. The buses are likely to be hired to make e-buses a big burden.

Protect Your Eyes From Mobile Screen at Night