Spending more than a few minutes on the internet will be offensive and offensive comments on social networks and comments.(മലയാളം താഴെയുണ്ട് )

It is offensive to post comments that are either obscene or obscene to someone and laughing and commenting on someone else’s posts, crossing into another’s cyber space, spreading pornographic or obscene images, video and audio. “Those who lick and share to someone else write it down. Like a writer who has the responsibility to spread it. Many people do not understand that cyberboarding is a source of evidence that can not be avoided, “says cyber forensic expert Dr. Vinod pointed to Bhattathiripad.

Kerala is in the 13th place of cyber crimes compared to other states. In 2016 28 cases have been registered in Kerala for the abuse of womanhood. “Regularly failing when cyber crime cases are brought to court. There are many reasons behind the evidence. People are less aware of such cases. The lawyer, Kalsiswaram Raj, says that the police do not get proper support from the side. Many complainants also come back when the case comes to court.

As of last year, the highest number of cyber crimes reported by Uttar Pradesh is reported to be 2639 cases. Maharashtra and Karnataka in the foreground. In Kerala, registered cases of 206 are 28. Social media is the newest weapon that can be used today to support events and support a person. Few of them accidentally perceive unconsciousness at these hardships. It is only a defamatory note in the social media that is a crime in the scope of cyber law. It’s like a person who wrote a message like a person who wrote it, and it’s good to be alert to those who are commenting on posts. The lawyer said that the case against the actress has been banned from jail for three years and a fine of Rs 5 lakh. 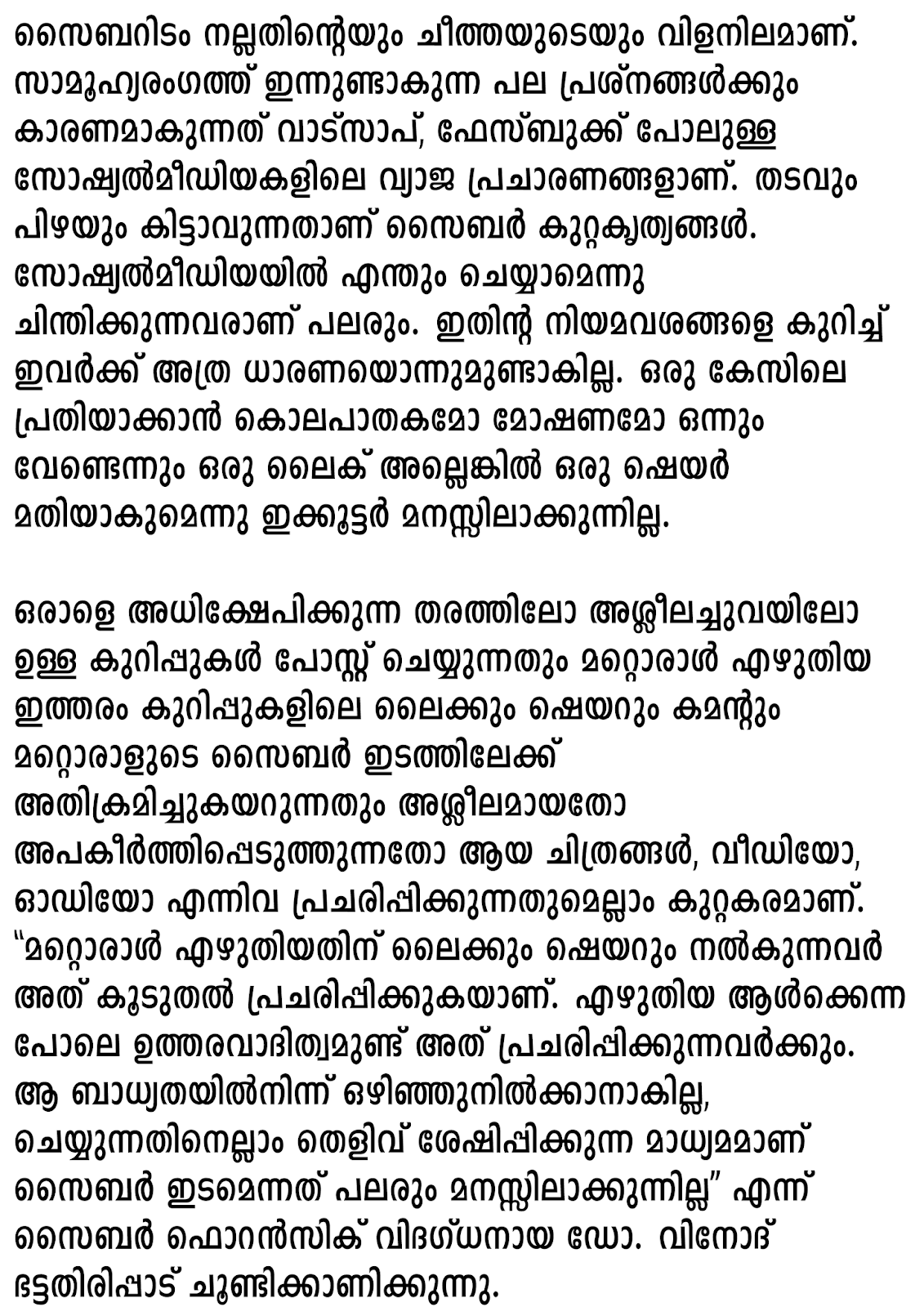 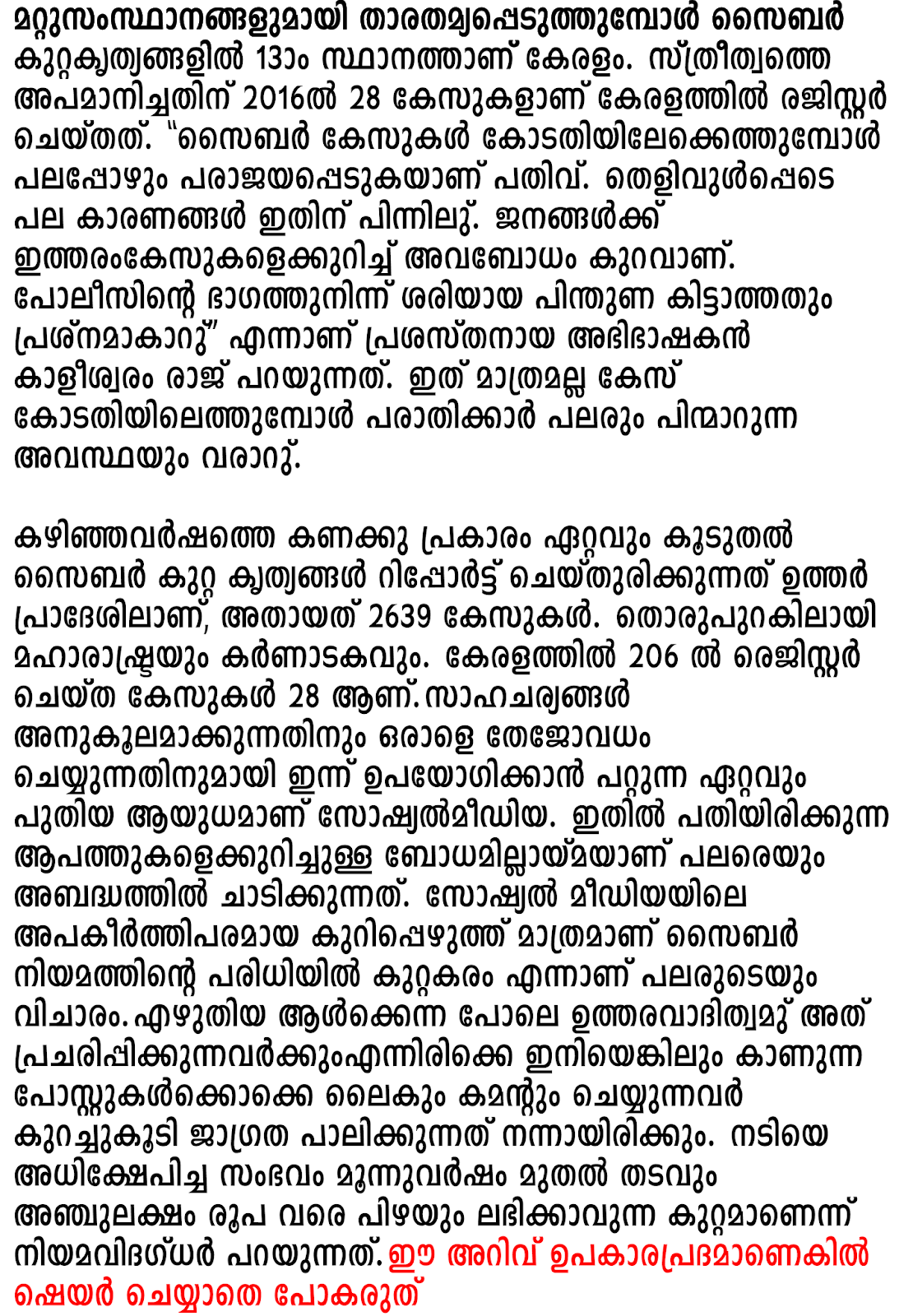 Branded Products for half Price in Kochi

Encumbrance certificate in Kerala- How to apply online

how to apply ownership certificate in Kerala