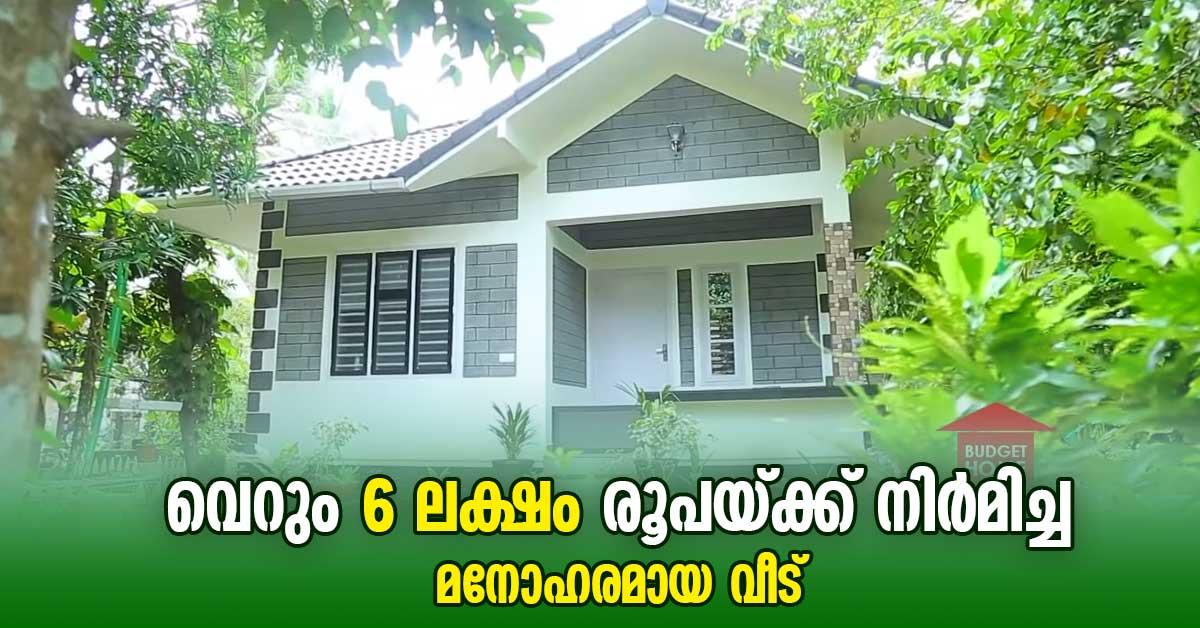 Building a house within a budget is something that often does not happen. Because we have to spend a lot of money to build a house the way we want. But having no money to spend on it people borrowing money from banks and other sources,this leading to huge financial liabilities. Today we are talking about a clinic built by Dr. Anitha Babu at Manthara near Panteerankavu in Kozhikode district to examine patients at such a low cost including painting.

The clinic is modeled on a house on two and a half cents of land. The total size is 435 square feet.Interlock bricks were chosen for construction to reduce costs. Mainly two colors were used for painting. The walls and doors are painted in gray and the borders in white. As it is a flood prone area, the foundation was constructed by raising the granite as a belt work.The roof of the house is made of GI pipes. The roof is made of anti-fungus concrete road which costs around Rs 48.

The building is constructed using interlocking mud bricks. These interlocking blocks are much less expensive than ordinary building blocks. Other advantages include that the size of the blocks is larger and cement and sand can be avoided. The sitout and interior flooring of the house are used 2 * 2 vitrified tiles. Gray color tiles were used according to the colors given by the exterior. On the front side , dark gray color is used. The floor of the house is raised four feet to prevent water from flood. Doors and windows are designed to aluminum to reduce costs. Entering the hall from the seating area.

Here there is a place where the doctor has set up a place to examine the patients. Gypsum ceiling LED light works have been done to make the typical interior more beautiful. These are provided in such a way that the roof of the house is not made of normal type. In addition, gypsum work helps to keep the house cool. Here the door including the frame is priced at just Rs 7000. Such UPVC doors in various colors and shapes are available in the market today. A bedroom in 10 * 12 size is provided. The bedroom is provided with a cupboard and made of aluminum.A bathroom also provided here.

It just Built on two and a half cents of land, the house costs around Rs 6 lakh. Adding a additional bedroom in 100 square feet would cost around Rs 7.5 lakh. Architect V Muraleedharan built the house on a low budget and built a beautiful house. Designer: KV Muraleedharan Building Designers,Chelari AM Towers Chelari,Thenjippalam(PO),Malappuram (Dt) – Phone: 04942400202 , Whatsapp: +91 89 43 154034